We all have that one friend that, no matter what they eat, never seems to gain a pound. You watch them taking down donuts, pizza, and burgers without a care in the world while you sheepishly pick at your salad in hopes of losing weight. You’re at the gym everyday trying to get in shape, but that friend, who hardly ever works out, still looks like they are in better shape than you. Its not fair! You have your metabolism to thank for this phenomenon. Metabolism is the process of breaking down proteins, carbohydrates, and fats to produce the energy your body requires for maintaining itself. However, comparing your metabolism to that of your “burger-eating-but-still-looks-amazing-friend” can be like comparing apples to… well, burgers. The rate of your metabolism depends on the interaction between the number of calories you consume, the number of calories you expend, and lastly, your individual genetic makeup. Ah there’s the rub! “Maybe shes born with it… maybe its her genetic metabolism.” However, no one is stuck with an irreversibly slow metabolism. Here is a list of 7 things you can do to get that metabolism working more efficiently: 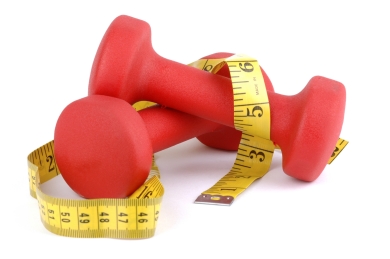 1. Get Strong– When most people think of torching calories, they think of doing only cardio-focused workouts. While cardio exercises are a great method for burning calories, building muscles is the only way to increase your metabolism permanently. Weight training can raise your metabolic rate by up to 15% and increasing muscle allows you to burn calories even after you are finished with your workout.

2. Fit Foods– Certain foods have been shown to speed up metabolic rates. Some of them include: grapefruit, green tea, almonds, coffee, turkey, apples, spinach, jalapenos, oatmeal, and cinnamon.

3. Hydrate– In order for your metabolism to keep burning, your body needs to be hydrated. Drinking water speeds up digestion and burns calories. For an added benefit, try drinking ice cold and your body will burn a calorie for every degree that it heats it up.

4. Omega-3’s– Omega-3’s balance blood sugar and can reduce inflammation, thus assisting in metabolic regulation. Resistance to the hormone leptin, which researchers have linked to how fast fat is burned, can also  be reduced by Omega-3’s. Obesity Research produced a study showing that rats who ingested large doses of Omega-3’s while exercising lost weight. Time to start taking an Omega-3 supplement!

5. Catch some Zzz’s– Researchers have found that people who don’t get enough sleep typically have a slower metabolism. It is important to let your body, including your metabolism, rest and recharge.

6. Go Organic– According to Dr. Mark Hyman, non-organic produce interferes with your thyroid, which determines your bodies temperature and how fast it runs, therefore blocking your metabolism. However, fruits, vegetables, and grains grown without pesticides keep your fat-burning system running full-time, since your thyroid isn’t exposed to toxins.

7. Probiotics– A study published in the journal Molecular Systems Biology found that probiotics have a tangible effect on your metabolism. This research looks at how probiotics change the biochemistry of gut microbes, which live in the gut, and play an important role in a person’s metabolic makeup. Friendly bacteria may help reduce the amount of fat your body absorbs and therefore help out your metabolism. 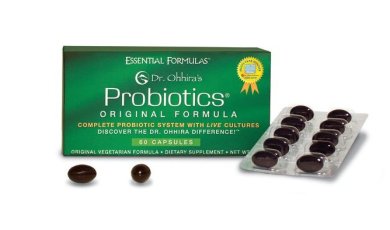