Sometimes my gut makes me depressed, for example, when I look in the mirror after a weekend of consuming junk food and see the bulging result. However, this is not the kind of gut depression we are talking about. Your gut is believed to be your second brain, and the interactions between the two can greatly effect how you are feeling. The following article is by Ross Pelton, a member of our Scientific Advisory Board, and he discusses the vital connection between our gut health and our brain/emotional health. 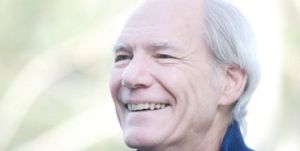 Did You Know Probiotics Affect Brain Function? An article in the April 2014 issue of Psychology Today coined the term The Psychobiotic Revolution announcing how intestinal bacteria/probiotics communicate with your brain to influence your emotions and your behavior. Psychobiotics are defined as live organisms that, when ingested in adequate amounts, produce a health benefit in patients suffering from psychiatric illness. This understanding could create a revolution in psychiatry.

In one study, mice were infected with very small doses of a bad bacteria called Campylobacter. However, the doses were so small that it did not cause an immune reaction (the mice did not get sick). Although the doses were extremely small, several tests revealed that the mice exhibited greater levels of depression and anxiety-like behaviors. The lead scientist conducting this research stated, “This could be an exciting new approach to treating patients with psychological problems.”

In a human trial, Kirsten Tillisch, MD gave women who had no history of gastrointestinal or psychiatric symptoms oral doses of probiotics twice daily for two weeks.  Dr. Tillisch conducted functional MRI brain scans (fMRI) which revealed that consumption of probiotics produced changes in regions of the brain that regulate processing of emotions and sensation.

Your gut communicates with your brain. Research like the studies above are opening up a whole new frontier in the treatment of mental & emotional disorders. Other studies suggest that gut bacteria could also influence conditions like autism and ADHD.

Did you know that the GUT is your SECOND BRAIN? The vagus nerve facilitates direct communication between the gut and the brain. The human intestinal tract contains approximately 100 trillion bacteria. Recent research now reveals that bacteria in the gastrointestinal tract generate signals that influence the brain, especially our mood and emotional states.

In this post, I am going to report on fascinating research conducted by Stephen Collins at McMaster University in Canada. Collins used two different strains of mice for this experiment. For simplicity I will call call them Strain A and Strain B. Strain A have been bred to have high levels of anxiety. They are very timid and anxious. Strain B are bred to be very courageous, bold and exploratory.

Collins and his colleagues took bacterial samples from the intestinal tract of each strain of mice and implanted the samples into the opposite strain. This caused a complete reversal of the behaviors of both strains of mice! The mice with high levels of anxiety become bold, courageous and exploratory. Conversely, the mice that were formerly bold and courageous became very timid and anxious.

Changing gut bacteria totally altered behavior. This research suggests the following: Your Anxiety May Originate In Your Gut, Not In Your Head. Collin’s study was published in Current Opinion in Microbiology, Vol. 16(3), June 2013. – See more at: http://www.naturalpharmacist.net/index.php?id=4552568624635688014#sthash.F8G9yZ4i.dpuf

It takes guts ® to have a healthy brain! 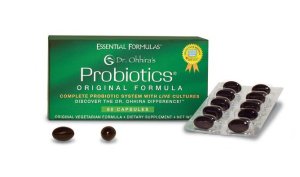